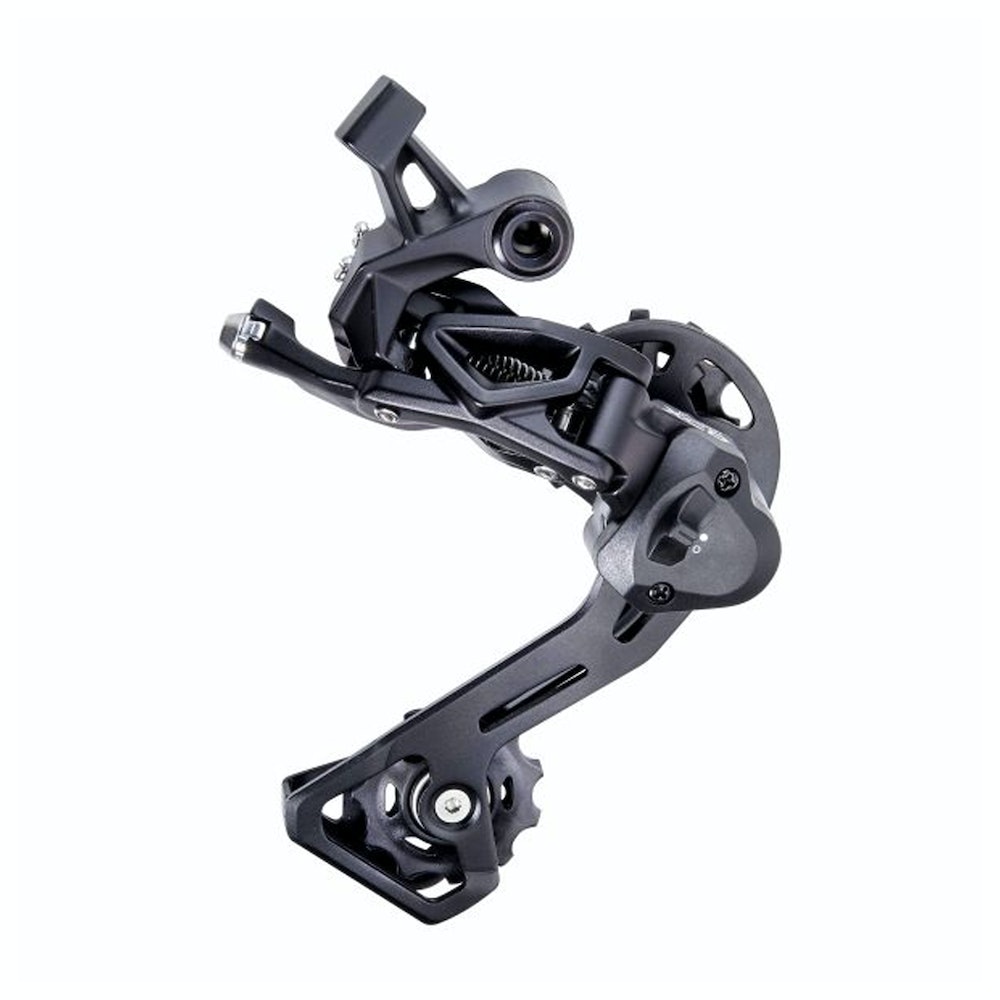 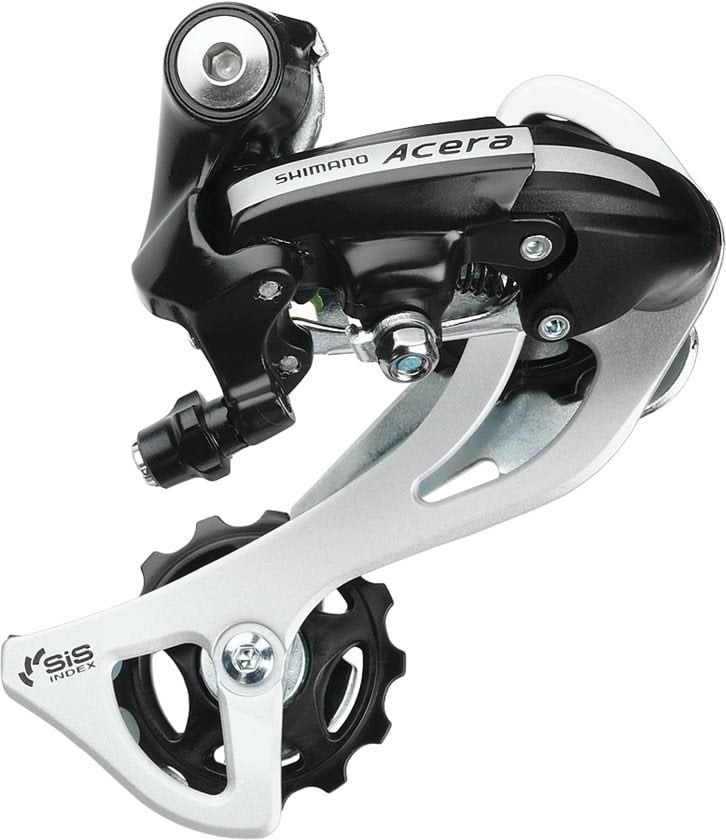 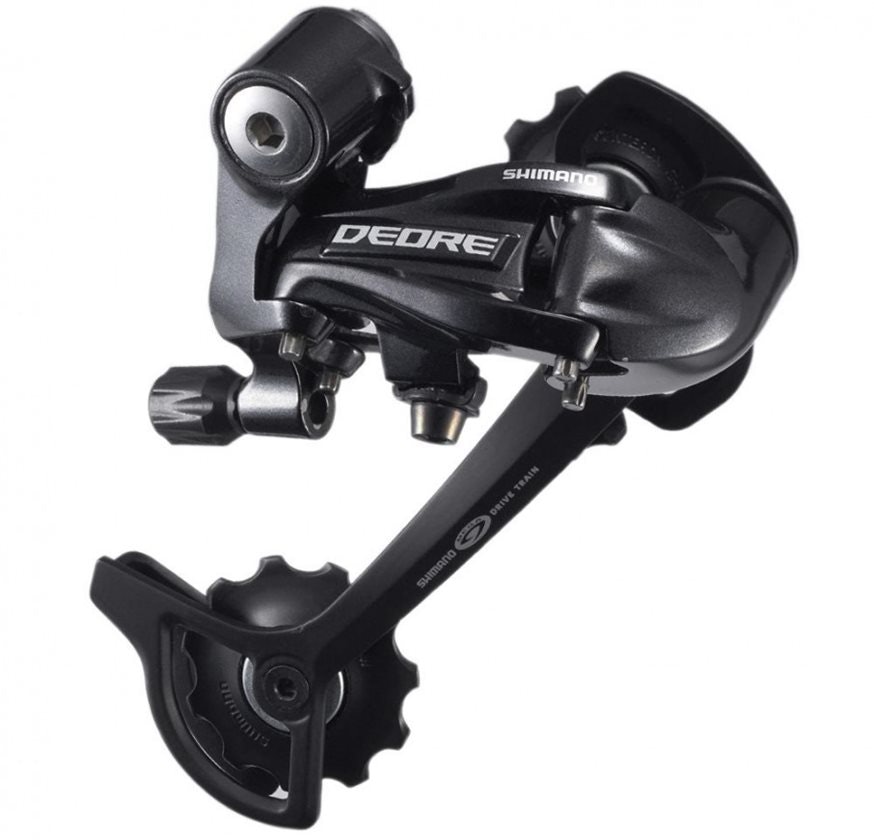 Shimano Deore RD-M591 9 Speed Rear Derailleur
The Deore series is a staple of the ...
Quickview

Among the most important components on your bike, front and rear derailleurs and their associated parts are what allow you to change gears while cruising down the road or trail. When working properly, your derailleurs become a seamless extension of your hands, quietly and quickly moving the chain up or down your chainrings or cassette cogs. But when not adjusted properly (or if they get damaged) derailleurs can become a source of nagging frustration, causing excessive noise, miss-shifts, and even dropped or jammed chains.

Modern derailleurs typically have a chain guide that is controlled by either cables or small electronic motors, which are connected via cables, wires, or wireless technology, to a shifter that is manipulated by rider input. When the rider engages the shifter, that chain guide moves up or down, “derailing” the chain onto a different cassette cog or chainring.

Most modern mountain bikes no longer come spec’d with a front derailleur, and instead rely on a single chainring and wide range cassette to provide adequate gearing. But most drop bar bikes (road, gravel, and cyclocross) typically still utilize a front derailleur, though 1x set-ups are starting to crop up more and more here, too.

Most rear derailleurs share the same basic design, with two pivots (upper and lower) plus a cage and two pulleys for the chain to run through. The rear derailleur is bolted to the frame via a derailleur hanger, while front derailleurs are attached via a clamp or direct-mount interface. Shifters either pull a cable that moves the derailleur, or in the case of electronic drivetrains, communicate with the derailleur electronically via wires or wireless technology.

The rear derailleur actually has two jobs, moving the chain up and down the cassette and also taking up the chain slack, which is most pronounced when the chain is in a small cog in the rear or small chainring in the front. Critical parts of the rear derailleur include b-tension adjuster, guide pulleys, p-knuckle, and high and low limit screws, which when adjusted properly keep the chain from being shifted into the wheel or frame.

Both these critical components are most commonly constructed from aluminum, though, carbon fiber, titanium, and steel may also be used. Choosing the right front and rear derailleurs involves numerous considerations, including drivetrain compatibility and gear range, which may require a long or short cage rear derailleur. If you have any questions about derailleurs, don’t hesitate to call a JensonUSA.com Gear Advisor today at 888-880-3811, who will happily guide you through the selection process.